CROSBY, TEXAS
The storm front that came through Louisiana and dumped a lot of rain was doing much of the same
in the direction that I had originally planned on going to (up towards Memphis).
It was also producing conditions that favored thunder storms and potential tornados.
So I decided to continue West to Texas where the skies had already cleared and at least three
more fireboats had recently been delivered.

Crosby, TX is located North and a little East of the Houston area.
Close enough for a visit.

Crosby Station 5 was the first I came across.
An engine, tanker, and brush truck.

I appreciated the opportunity to visit Crosby VFD. 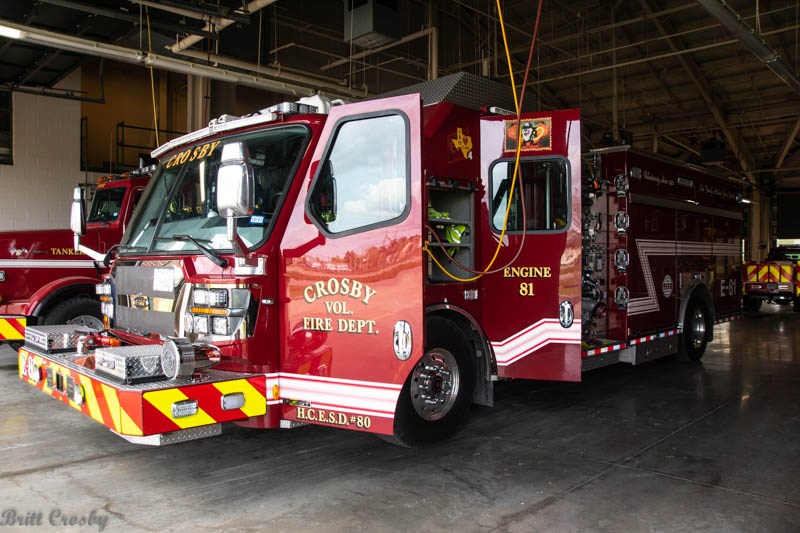 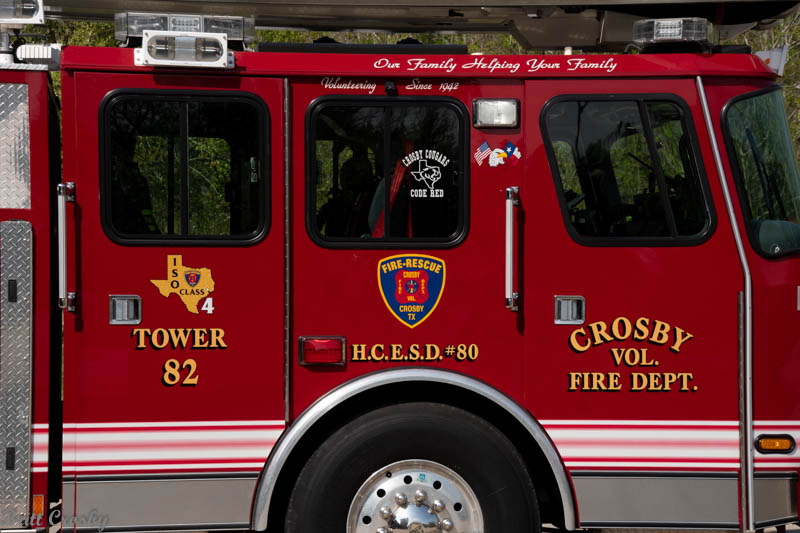 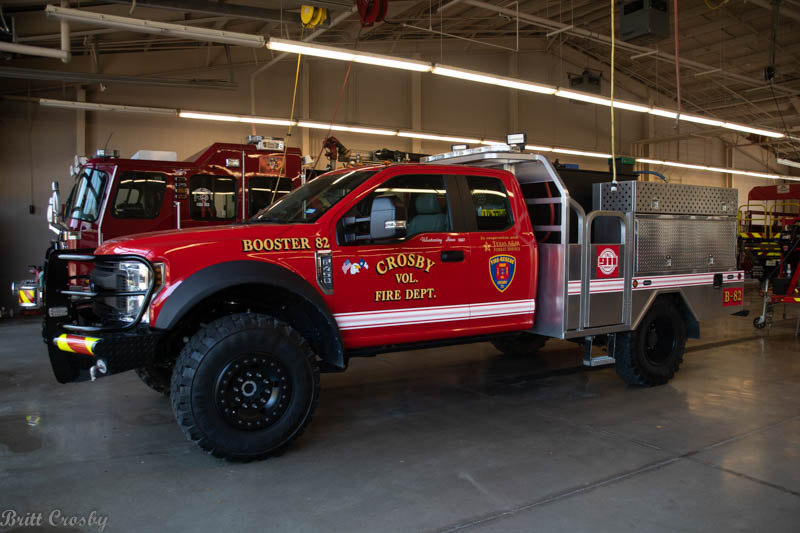 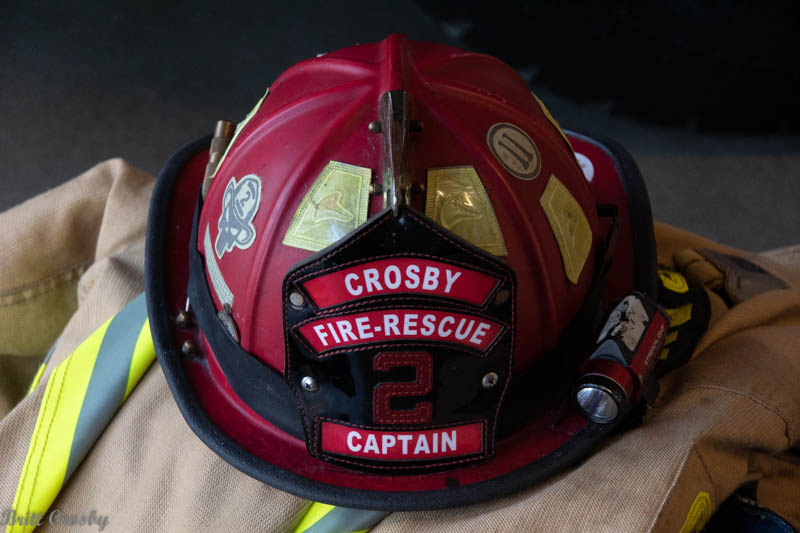 Thanks much to the guys who showed me around the Crosby, TX VFD!

BAYTOWN, TX
The first of the new fireboats in the Houston area was in Baytown.
Its is a 2020 North River 30' Fireboat Marine 2.

SEABROOK, TX
Next stop was nearby Seabrook. A volunteer department with a new boat
kept at a local yacht club.

LEAGUE CITY, TX
The third new boat that I was aware of was recently delivered to League City, TX
just South or East of Seabrook.

GALVESTON, TX
I had never been to Galveston before and I was looking for a good place to land for the night.
Galveston Station #1 was a very impressive station.

The Pier at Galveston

Yeah, this will work! 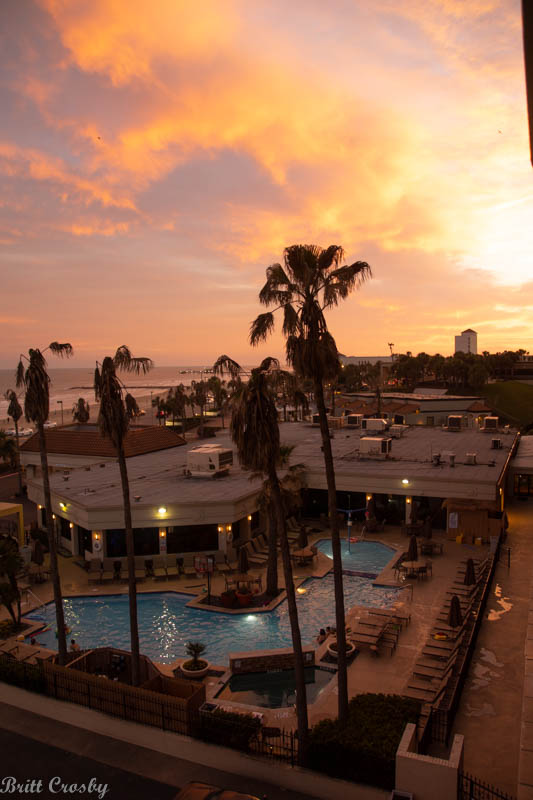 Sunset on the Texas shore.

The next morning sunrise.

Lots of ships off shore waiting to do whatever they need to do.

Galveston Station 4 at the airport 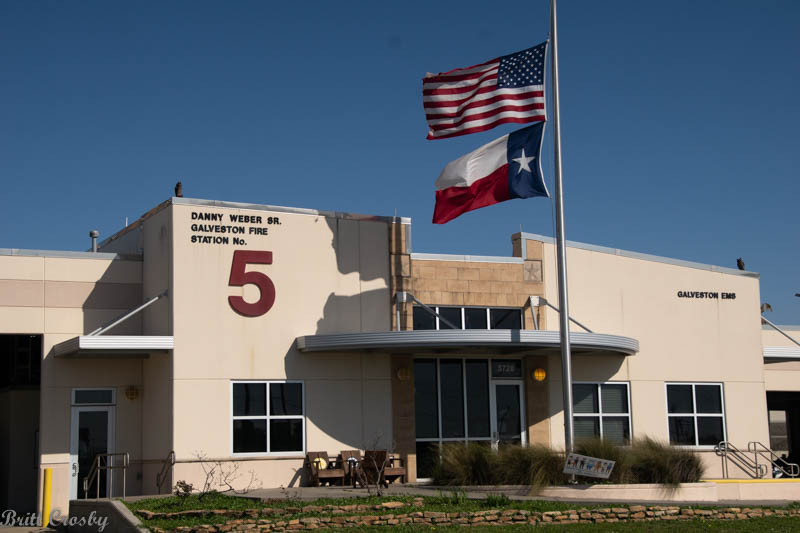 Time to move on. There is a ferry system that goes across the opening to Galveston Bay.
Simply drive on. No ticket. A quick 15 minutes across saves about a 2 hour drive. 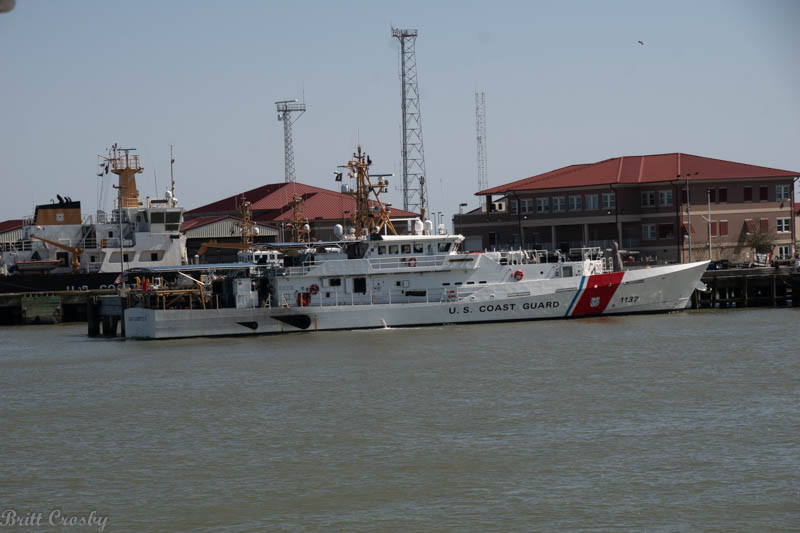 This is how you keep you house from being washed away when the storms come ashore.

This caught my eye so I stopped for a photo. 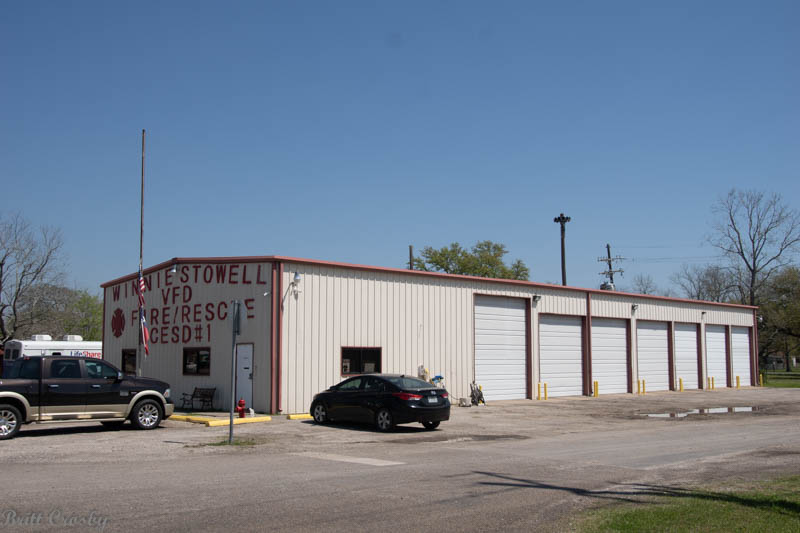 I had seen a Jonesville, LA "Ward 4" Fireboat online and hoped to track it down.
It was late in the day and I didn't find it.

CHATHAM, LA
I didn't know there was a Chatham, Louisiana.

RUSTON, LA
I made it about as far as I could and landed in Ruston, LA on I-20
for some good BBQ and a hotel for the night.

MONROE, LA
The next morning, first stop at Monroe, LA. 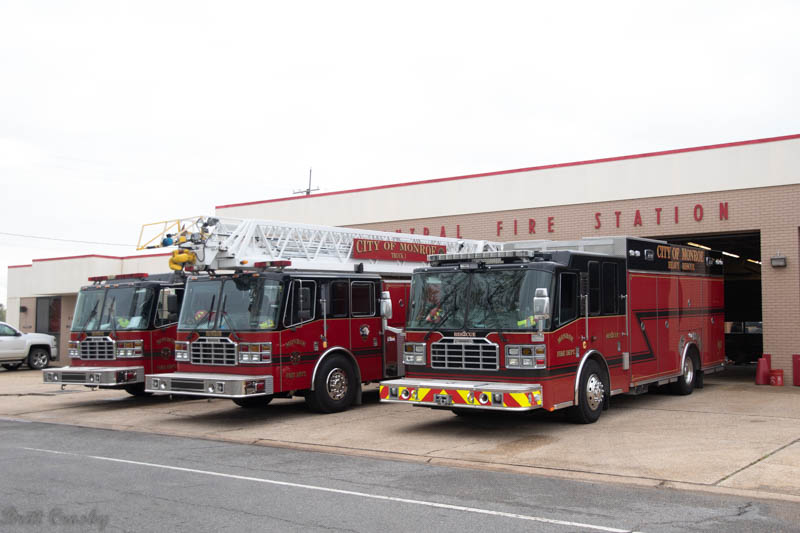