ARFF services at all Hawaii Airports provided by the State of Hawaii.

Honolulu ARFF Headquarters.
One of two stations at the airport.
A third station is located at Hickam AFB adjacent to HNL.

Honolulu International Station 2
"Reef Runway Station"
Temporary tent facility to house Striker apparatus that is too large to fit in the station.

Also located at the Reef Runway station is a boat house for a fire rescue boat.

Hickam Air Force Base shares runways at Honolulu International and has their own crash station.

Y5 is one of the 3000 gallon Oshkosh Strikers with a snozzle. 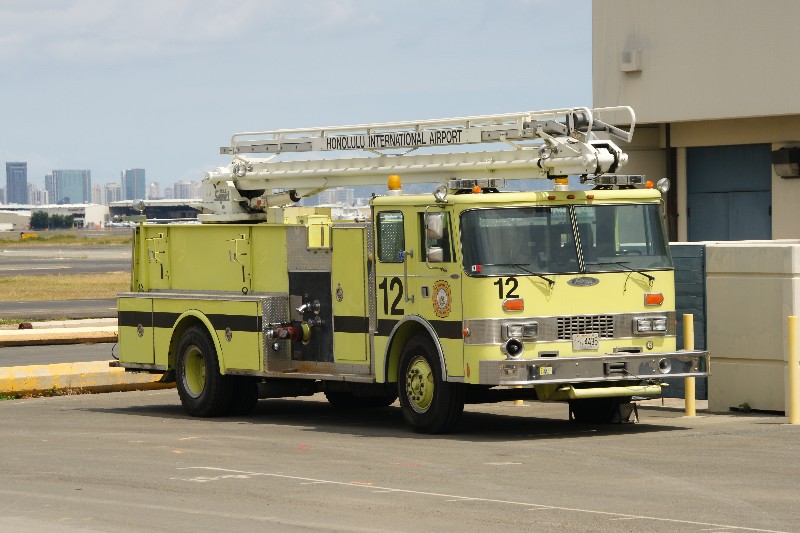 Y12 appears to be surplus apparatus at Station 1.

Located behind the first line apparatus, are the spare Oshkosh trucks

Boeing 747 taking off from Honolulu.